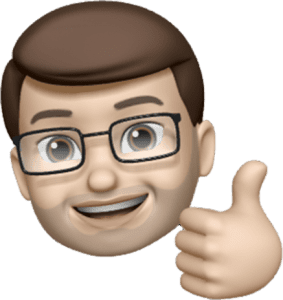 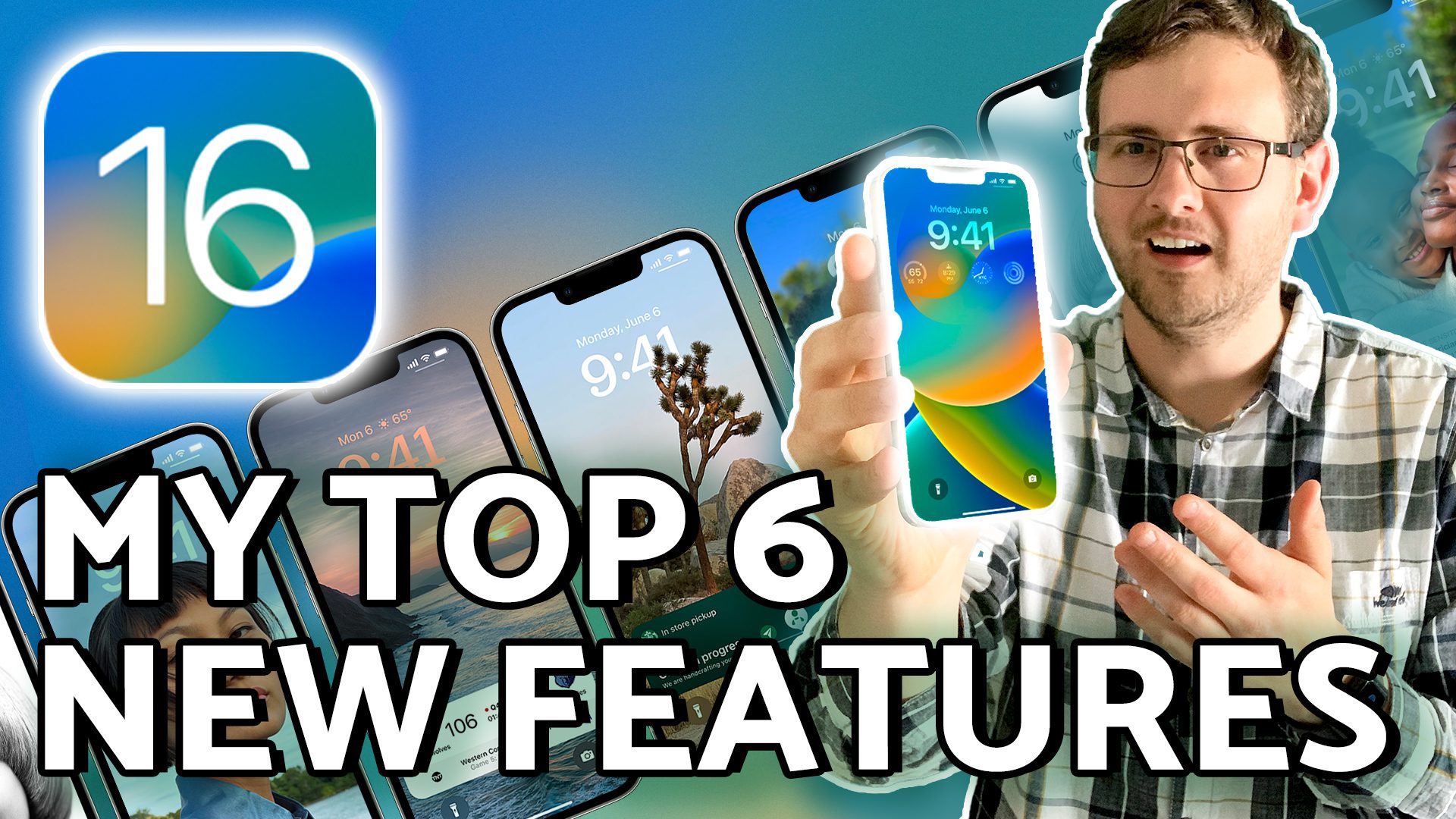 Believe it or not I’m not always a Memoji – this is the actual Jacob.  Hello!  I thought I’d try something a bit new with this video – so let me know in the comments later if you like this style of video.

Anyway, you’re probably aware that today is Apple’s Developer Conference – which means they’ve shared exciting new updates about all of their operating systems for the year ahead.

That means new features and experiences coming to your iPhone, iPad, Mac, Apple Watch and more.

In this short video I’ll run you through the most interesting updates to the iPhone for the next year, in the form of iOS 16.  I’ll be honest I was going to try and pick my top five, but I couldn’t do it!

So here are my top SIX features to be looking out for when it gets released to the public later in the year.  And hey, be sure to give this video a Like when I get to the feature you’re most hyped for!

Guys, you can now EDIT and DELETE messages.  Yes, seriously.  No more accidentally sending love hearts to your boss and no more awkward typos – you can now simply long tap and then Edit a message as much as you like.  Your recipient will see that the message was edited underneath next to Delivered – but not what the original message said.

Undo Send is a great way to effectively delete a message that you didn’t mean to send and Mark as Unread will let you get back to a conversation when you have the time, rather than accidentally forgetting about it.  I’m looking at myself here – I’m the worst at opening a message, getting distracted and not replying.  No more!

Notifications are gonna be a little different in iOS 16, for a start they’ll appear from the bottom of your Lock Screen and will be easy to hide when you don’t want them.  It seems to me that they’re becoming much more discreet and less in-your-face than before.  Another awesome feature is a special type of of notification called a Live Activity.  These show up at the bottom of the Lock Screen and they’ll keep you up to date with fast-moving situations like a sports game, a delivery or the status of your Uber pickup.  Imagine this working with transport apps like Citymapper – being able to see when to get off the train right from your Lock Screen in real time.  So good!

Speaking of Lock Screen, I have plenty more to say about that in a moment or two! (It’s SO good).

Seriously, this has been a LONG time coming.  With Family Sharing enabled you can now have a whole new iCloud Photo Library that automatically syncs between family members.  Don’t worry though – you’re in control of which pictures do and don’t get shared.  Phew!

iOS will also use some Machine Learning intelligence here to suggest images you might want to share, such as times when you’re out on a trip with other members of your family or when another family member pops up in a Selfie.  That means you won’t ever miss out on photos and you can all curate, edit and contribute to the Photo Library whenever you like.  There’s even a toggle in the Camera app to automatically send pictures to the Shared Library as you take them (if you’d like to!). These images will then show up elsewhere on your device such as in widgets, memories and more.

This is such a good feature and I can’t wait to finally be able to share our 5,000 cat photos with my fiancé!

So much good stuff already, and still more to come!  I know it’s quite a lot to take in but don’t worry, I’ll be breaking each of these features down into bite-sized and easy-to-follow Quick Tips tutorials in a few months time.  Make sure you press that Subscribe button down below and turn on your notifications so you don’t miss any of those videos when they come out.  Okay, back to my top six iOS 16 features…. And yes, I will get to those INCREDIBLE Lock Screen updates.

This is a big one for me, the Home App has been rebuilt and apparently will focus on speed and reliability.  Thank goodness!  It’s also got a nice new layout, easier to identify tiles and a clever filter bar at the top that’ll let you show certain types of devices when you need them most.  There are also new Widgets for the Home app that provide valuable data in real time.

A couple of nice updates to Apple Pay, but the standout for me is the buy now and pay in instalments service called ‘Pay Later’.  This will be available anytime you use Apple Pay and will let you split a larger purchase into four payments, over six weeks.  No interest charges or fees will be applied here and you’ll be able to see the upcoming payments right from inside the Wallet app.

Oh, and you’ll also be able to have live order tracking too – both in the Wallet App and on the Lock Screen.

Without a doubt this is the biggest feature of iOS 16 and, quite simply, I’m astounded by it.

If you’ve used an Apple Watch before you’ll already be familiar with how this works, from the swiping sideways to move between screens to the long press to edit.  You can add widgets (which look A LOT like Apple Watch Complications) and customise their appearance and style.

In face you can customise the appearance and style of EVERYTHING.  Font.  Colour.  Images.  Layout.  Animation.  Theme.  Style.  The lot.

It’s honestly pretty mind-blowing and I can’t wait to get my hands on and explore this when iOS 16 is released.  You can link Lock Screens to Focus Modes and have them switch automatically, you can browse a vast library of pre-set styles to use as starting points and there are some lovely looking Portrait Photo effects here too.

Oh, and did anyone see the live weather effects and 3D animations between the Lock Screen and the Home Screen?  Wow!

You know, picking just six features to talk about is very tricky, especially with so much good stuff announced this year.  Updates to Dictation, Memoji, Live Text in Video, Maps, Privacy and CarPlay are all coming too and I’m sure there will be plenty of Quick Tips videos to come later in the year on all of these!

Have I missed a feature that you’re really excited about?  Let me know in the comments below.

And lastly, whilst I know it’s very tempting to install the Public Beta of iOS 16 on your iPhone I should share a word of warning…. Reports are that the first betas this year are potentially quite a bit more buggy than normal, so it might be worth holding off a few weeks longer until they’re a bit more stable.

That’s it for today, don’t forget to Subscribe down below for all those Quick Tips later in the year and I’ll see you again soon.